The life of Joe Biden

Joe Biden takes the oath of office on Jan. 5, 1973, next to the hospital bed of his 4-year-old son Beau Biden, right. Joe Biden was sworn in as the U.S. senator from Delaware, by Senate Secretary Frank Valeo, left, in a Wilmington hospital following a car accident that killed his wife, Neilia, daughter Naomi and injured his two sons.
AP

REPLAY
YOU JUST SAW:
The life of Joe Biden 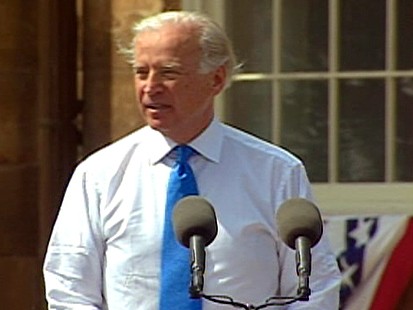 Biden: 'This Is Our Time'

Biden: 'This Is Our Time'